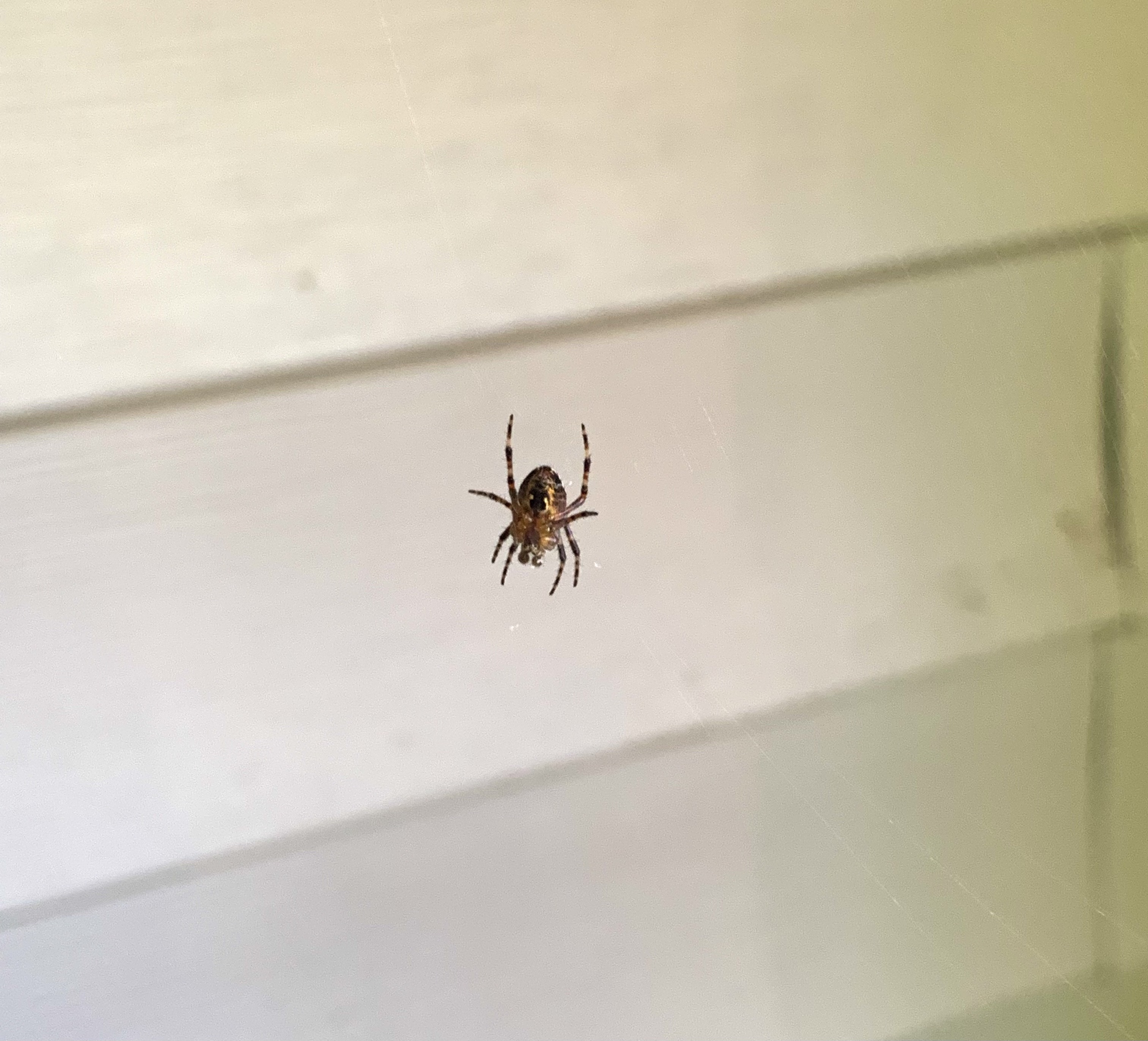 Dr. Rich Bradley is a trained ornithologist; that’s what he went to graduate school to study at the University of New Mexico. He went to work on rock wrens, a common bird in New Mexico. He wanted to compare the prey and predator population dynamics, but the wrens forage under huge boulders, so there was no way to sample their food. After some tribulation, one of Dr. Bradley’s committee members suggested he switch to scorpions. They ate a lot of the same things, they are easy to find, and he could start right away. So that’s what Dr. Bradley did. The transition from scorpions to spiders was easy, since they are both arachnids.

Dr. Bradley was never afraid of spiders. He was an outdoor kid, always looking for lizards and snakes, or anything creepy crawly.

“I didn’t have any particular interest in spiders, but I always liked insects or arthropods that looked cool.” It wasn’t until Dr. Bradley’s graduate project that ignited his spider curiosity and passion.

“It’s their otherness,” he describes. “There is no way to relate to how their life works.” Spiders go throughout life with a clear purpose, but it isn’t obvious what that purpose is.

They perceive the world through vibrations and can sense things in the ground and air. They know something is coming from a combination of shadows and the footfall vibrations. When wasps approach to eat them, spiders can feel the beat of their wings in time to hide or defend themselves.

Not only do spiders sense the vibrations, but they can also interpret them. If something lands in their web, spiders can tell if it is prey or a predator. Not only how big it is, but also if it’s dangerous, if they should trap it up in silk, or can they run up and eat it.

“Spiders are not dumb,” Dr. Bradley says sincerely. “They just have a different kind of intelligence.”

Behavior is mostly ingrained. They have instincts about how to react and assess their environment. For example, the bolas spider, one of the most unusual in the orb weaving group. Unlike most of the orb weavers, they don’t build typical webs. They spin a line that hangs out like a trapeze with a drop of glue-like material at the bottom, and they wait for prey. But what are the chances that a tasty insect will fly directly into the ball of glue? Fairly slim.

Yet somehow, male moths kept getting caught and eaten by the bolas spider. After further research, it turns out that these spiders release the same sex pheromones as the female moths. They exude the chemical and it coats their bodies, sort of like a lotion. The male moths think they are about to mate and fly closer and closer until the spider flicks out the line web and the ball of glue wraps around them.

Besides trying to understand how spiders see the world, spider scientists are producing a lot of important research. Dr. Bradley is cataloging the biodiversity of spiders across Ohio, what habitats are best, and what kind of threats are affecting rare spiders. There is also a lot of medical research being done about spider’s venom. Being bit by a spider is painful, but that means that it affects pain receptors in a very specific way. Studying how the venom senses the pain receptors can help us with disease medication and pain relief. Their silk webs are also important to study, as the biomaterial can be used for lightweight bulletproof vests.

Though Dr. Bradley isn’t scared of spiders by any means, he understands why people would be.

“Spiders are just odd. Maybe it’s because they are nocturnal,” Dr. Bradley speculates. It could be all the legs, or not knowing much about them. Dr. Bradley says that when people come to him with a fear of spiders, he teaches them about the critters. Most of the time, people leave the conversation feeling less scared.

He encourages people leave spiders in their house in places that won’t bother you. They help with pest control, so if they are in your closet or attic, then that means they are eating other things you don’t want.

When Dr. Bradley sees a spider in his house, he gets close enough to see what it is. If it’s a unique spider, he’ll capture it and take some pictures. But most of the time, he puts it in a container and takes it back outside.

Dr. Bradley is an Associate Professor Emeritus at the Ohio State University. His areas of expertise are birds, behavior, ecology, scorpions, and of course, spiders.